Here’s a crazy idea I have had for a few years: remake the entire Rob Is Jarig/Aardbei demo from 2000 in a 4K. That demo has been submitted at quite a few demoparties (see Pouet ). At some point people started to dance on stage if that demo was shown. Unfortunately the Fins at Assembly’22 didn’t know that custom (or they were scared of the security guards. Yes Assembly has those). Still, they at least recognized my artistic impression of Truck ;-)

My first 4K executable gfx, for the Outline 2021 party. It placed 2nd in the executable graphics competition. It’s amazing how much space is in a 4K if you don’t have to add a soundtrack and animation…

This was our contribution to the 8K intro competition at Revision 2021, where it placed 2nd. It is the first production using our experimental GPU-synth. I wanted to see if a synth in the same language as the visuals would compress better and ultimately be smaller than the usual softsynths (Clinkster/4Klang). Unfortunately, you can’t really do an apples to apples comparison by implementing half a synth, or even 80% of one. And I’m not that interested in synths, VSTi’s etc etc, so this took a long time. This intro gave the final motivational push to finish it. We ran in the usual last-days bugs, sleepless nights, asking the organizers to extend the deadline etc… so it’s not as polished as we had hoped. Still, we learned a lot, and had fun making this!

Jumpgate 10.24 is our contribution to the Assembly 2020 1 kilobyte intro competition. It was an online-only event, for obvious reasons, but we’re glad it wasn’t cancelled.

Or you can download the executables (1K versions and safe versions) here: zip archive. Note that some virusscanners may confuse 1K intros with malware due to the unconventional coding techniques. The almost-compo version is nvidia only and rather slow, I recommend running one of the safe versions.

Originally conceived as an 4K intro for Assembly 2018, we released this 8K at Revision 2019, in cooperation with Horology. It needs a very powerful graphics card. You can either watch in on Youtube: https://youtu.be/x_MalHjxcEs

Or if your hardware is fast enough (AMD RX 480, Nvidia 1080 GTX), you can download the executable here:

The Last Dance by Fulcrum and Horology (AMD Fix)Download 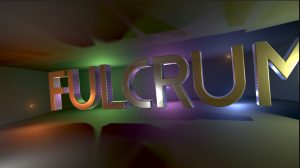 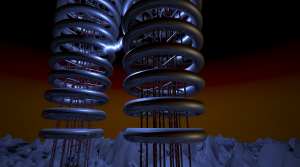 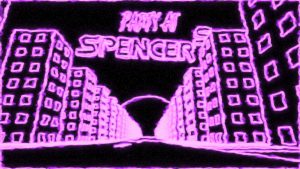 So, after almost 7 years, we made a demo again! Slightly hurried, but we wanted to support the American demoscene at Demosplah 2018, where we placed 2nd in the Modern democompo.

Get the demo here: Party At Spencers by Fulcrum final